• Summerhill’s turn of the century houses, winding tree-lined streets, and abundance of parkland have made it one of Toronto’s most preferred neighbourhoods.
• It is conveniently located along the Yonge Street corridor, providing Summerhill residents with easy access to Toronto’s downtown business and entertainment districts.
• Summerhill is a convenient and aesthetically pleasing community situated along the popular Yonge Street corridor.
• Its pretty houses, low crime rate, and central location make it one of Toronto’s premier neighbourhoods. These features, combined with the low turnover in its real estate stock, make homes in Summerhill highly sought after.
• Part of Summerhill’s appeal is its close proximity to downtown, access to the Yonge subway line, and nearby shopping and fine dining.
• Yorkville’s dizzying array of upscale merchants are located just to the south, while the stretch of Yonge Street at Summerhill Avenue provides excellent dining and retail options right in the neighbourhood.
• Also on Yonge Street is Summerhill’s most identifiable landmark, the old North Toronto Railway Station, which is now home to the LCBO’s flagship retail outlet. The fine selection of wines and spirits at the Summerhill LCBO are sure to impress even the fussiest of palettes

• The Summerhill neighbourhood is named after ‘Summer Hill’ house, a magnificent Regency cottage built in 1842, by transportation baron Charles Thompson. Summer Hill stood on the crest of the hill where the houses on Summerhill Gardens are located today.
• Thompson’s two hundred acre Summer Hill estate stretched from the present day Yonge Street to Mt. Pleasant Road. On this site Thompson established the ‘Summer Hill Spring Park and Pleasure Grounds’. This amusement park featured rides, games, swimming and a popular dance pavilion that was located inside the Summer Hill house. Thompson’s heirs subdivided Summer Hill in the 1860’s.
• From the 1880’s onward Summerhill’s development revolved around the railway. The first residents of this neighbourhood worked at the North Toronto Railway station which was established on Yonge Street near Summerhill in the 1880’s. This station – rebuilt in 1916 – is distinguished by its grand clock tower and now serves as the neighbourhood liquor store.
• In the 1920’s the Canadian Pacific Railway made Summerhill their main Toronto station. When Summerhill station closed this neighbourhood went into a period of decline that lasted until the Summerhill subway station opened in 1965. Summerhill has enjoyed a position of prominence among Toronto neighbourhoods ever since.
• Ed. Note: The former Summer Hill Coach House, circa 1865, is still standing today, at the rear of 36 Summerhill Gardens. This house with its distinctive slate roof can be seen from the south end of the Rosehill Reservoir.

• Summerhill’s original housing stock consists of semi-detached and detached Victorian houses, and detached Edwardian style houses, built between 1880 and 1915. Many of these houses do not include driveways; however permit street parking is available from the city for a nominal annual fee.
• Summerhill also contains a large number of modern townhouses, and a handful of low-rise luxury condominium apartment buildings, built mostly in the 1980’s and 1990’s.
• Summerhill homes provide many gorgeous examples of both Edwardian and Victorian exterior architecture from a century ago. The mix of detached and semi-detached houses range from two to three stories and are predominately brick constructed.
• Although the properties are sometimes narrow and lack parking, much like Yorkville and Riverdale, the homes make up for it in other ways. The charming and history-laden exteriors are frequently matched with stunning modern renos on the insides, often following serene and chic minimalist interior design themes.
• Rounding out the Summerhill real estate spectrum is a sprinkling of newer town homes and upscale boutique condominium buildings.

• The Rosehill Reservoir Park is located east of Yonge Street, with access from Summerhill Gardens. The lower portion of this park features a foot path that is used by walkers, joggers, and cyclists. The north-east corner of this path leads to the David A. Balfour Park, a nature trail that wind through the Vale of Avoca Ravine.
• The upper portion of the Rosehill Reservoir Park includes a children’s playground, a wading pool, a waterfall, and reflecting pools.
• Lionel Conacher Park, situated off Birch Avenue, is a memorial to Lionel Conacher who was Canada’s athlete of the first half of the twentieth century. Conacher, who grew up in the Summerhill neighbourhood, played on two Toronto Maple Leaf Stanley Cup teams. He also competed at the highest level in a dozen other sports and served in the Ontario Legislature, as well as the House of Commons.

Living and Shopping in Rosedale

• Summerhill residents are within walking distance of the many fine shops and restaurants centred on Yonge Street and Summerhill Avenue.
• The Bloor-Yorkville and Yonge and St. Clair shopping districts are also easily accessed from the Summerhill neighbourhood.
• The Studio Building in Toronto, was the home and working studio of several of the famous Group of Seven painters, Situated at 25 Severn Street, it is located in the Rosedale ravine immediately east of the above-ground Ellis portal. The site and positioning takes advantage of the northern exposure that illuminates the artist’s canvas with very even, neutral light.The Rosedale Valley is an enormous green space separating Rosedale from the Yorkville neighbourhood in downtown Toronto. The view from the north side of the valley is absolutely breathtaking, with skyscrapers giving way to a very steep, tree-filled slope. The best view is from the bridge that carries Sherbourne Street across the valley. It is also a pleasant place to stroll during the day, a green oasis just north of the hustle and bustle of downtown, however, like the rest of the ravines in the city, it is extremely unsafe at night.
• Ramsden Park is a relatively large, urban park, on the western edge of the neighbourhood, with its entrance right on the west side of Yonge Street. In summer this is a very nice place to have a picnic and in winter there is a large skating rink, there are also tennis courts.

Showing 8 properties out of 10 currently available on the market. 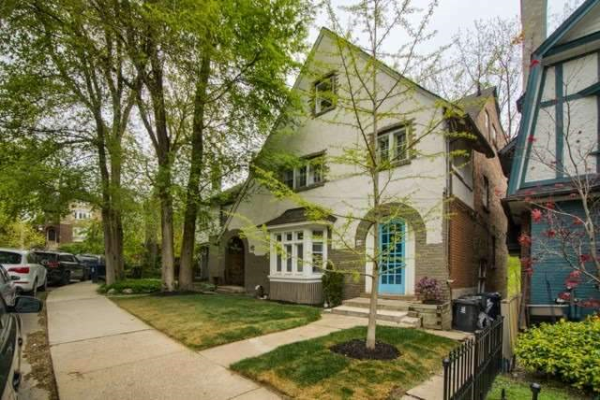 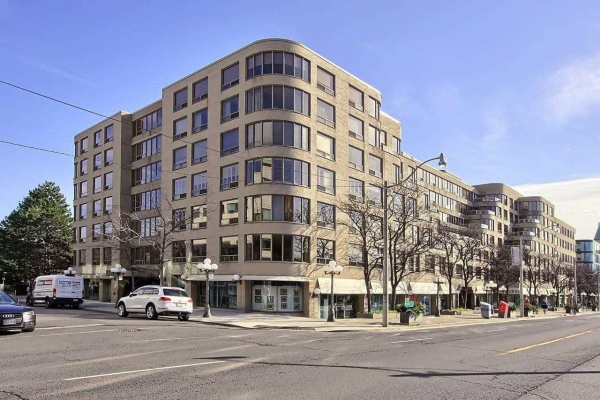 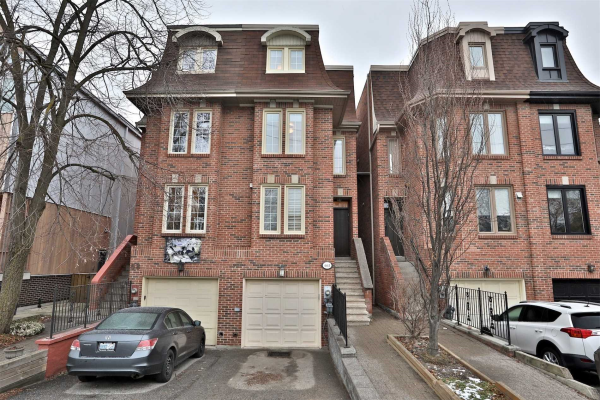