• The Annex is one of Toronto’s oldest neighbourhoods and its first streetcar suburb, characterized by its distinctive tall narrow houses, and lively community along Bloor Street.
• Considered a food and shopping mecca, this district is well known by Torontonians as one of the friendliest neighbourhoods in the city.
• Due to the proximity of the neighbourhood to the University of Toronto and, as a result, its large population of students and faculty, the commercial strip along Bloor Street has quite the feel of a college neighbourhood (albeit an affluent one).
• Most of the commercial activity in the neighbourhood takes place along Bloor St, which is filled with small restaurants, pubs and bookshops. The side streets are mostly residential, with long, narrow townhouses to the south of Bloor and large, stately mansions to the north. The borders of the neighbourhood are, to some extent, debatable, however, less so than many other neighbourhoods in the city.
• The eastern and western boundaries are generally agreed to be Avenue Road and Bathurst Street respectively and the southern boundary is generally agreed to be Harbord Street. The northern boundary is, however, in question.
• Generally, the northern boundary is considered to be Dupont Street, due to the fact that the area immediately north of Dupont, on either side of the railway tracks, is a largely industrial area, which is not in keeping with the general view of the Annex as being a neighbourhood of stately homes and quaint bookshops. However, the neighbourhood is considered to extend right up to the Nordheimer Ravine in the north, immediately south of St Clair Avenue.
• Harbord Village is a neighbourhood in Toronto that lies just to the west of the University of Toronto, with its most commonly accepted borders being Bloor Street on the north, Spadina Avenue on the east, College Street to the south, and Bathurst Street to the west. Areas west of Bathurst, as far as Ossington are also sometimes included, though they are not covered by the residents’ association.
• The area was previously known as Sussex-Ulster, after two of the major east west streets in the area. In 2000 the residents’ association decided to rename itself and the area Harbord Village, after the main street running through the middle of the community.

• European settlement of this area began in the 1790s when surveyors laid out York Township. The area east of Brunswick Avenue became part of the village of Yorkville, while the region west of Brunswick was part of Seaton Village. In 1883, Yorkville agreed to annexation with the City of Toronto. In 1886, Simeon Janes, a developer, created a subdivision which he called the Toronto Annex.
• First residents of the area included Timothy Eaton, patriarch of the Eatons Department Store, and George Gooderham, president of Gooderham & Worts Distillery. The Annex’s Golden Era lasted until the 1920s, when the upper classes began to migrate northward to newer more fashionable suburbs in Forest Hill and Lawrence Park.
• Those who stayed behind helped form the Annex Residents Association. This powerful lobby group saved the Annex from the proposed Spadina Expressway which would have divided the Annex in half, had it been built.

• The Annex is home to many example of a uniquely Toronto style of house that was popular among the city’s elite in the late nineteenth century. Examples of this style survive in the former upper class areas along Jarvis and Sherbourne Street and also within the University of Toronto campus. Most of these buildings are found in the Annex, and the style is thus known as the ‘Annex style house.’
• The original conception is attributed to E.J. Lennox, the most prominent architect in late nineteenth century Toronto. His 1887 design for the home of contractor Lewis Lukes at 37 Madison Avenue introduced a design that would be imitated and modified for the next two decades.
• The Annex style house borrows elements from both the American Richardson Romanesque and the British Queen Anne Style. Annex style houses typically feature large rounded Romanesque arches along with Queen Anne style decorative items such as turrets. The houses are most often made of brick, though some also incorporate Credit Valley Sandstone. Built for many of the city’s wealthiest citizens the houses are also large. As the wealthy moved away from the neighbourhood, many of the houses were thus subdivided into apartments.

• The Grange City Park is one of Toronto’s most dignified public promenades. Its paved walkways provide passageways to the Art Gallery of Ontario, Grange House, St. George’s Church, Ontario College of Art and the Harrison Baths and Swimming Pool. A children’s play area is located next to the Harrison Community Centre.
• The Annex really comes alive at night when people from all over the city converge upon its restaurants, bars and nightclubs.
• Fitness enthusiasts can get in shape at either the University of Toronto’s Athletic Centre, or the Jewish Community Centre at Bloor and Spadina.
• The Native Canadian Centre of Toronto is located in the Annex at 16 Spadina Road. This centre offers a variety of programs and services for Toronto’s Native community as well as the general public.
• The Spadina Road Public Library at 10 Spadina Road offers a wide variety of programming for neighbourhood residents.

• The Annex’s main shopping district is on Bloor Street. This stretch of stores includes a hodgepodge of clothing boutiques, bookstores, food markets, travel agencies, restaurants, and outdoor cafes.
• The Mirvish Village shopping district on Markham Street, south of Bloor Street is a quaint collection of bookstores, art galleries, antique stores, and one-of-akind specialty stores.
• Bata Shoe Museum – A variety of collections are on display at the museum, including shoes worn by North American Indigenous people, shoes representing every age of Western fashion, shoes from every corner of the world and even shoes from the ‘Walk of Fame’ worn by everyone from John Lennon and Marilyn Monroe to Donovan Bailey and Pablo Picasso.
• Honest Ed’s – Talk about your shopping emporia! This is the one that everyone in the city has shopped in at least once, and most tourists have to visit once before leaving the city, if only to see all those lights once night falls. Flash aside, you can find the kitsch you crave, groceries, hardware, toiletries and clothing. Name brands can be found here among the rest.

Showing 95 properties out of 109 currently available on the market. 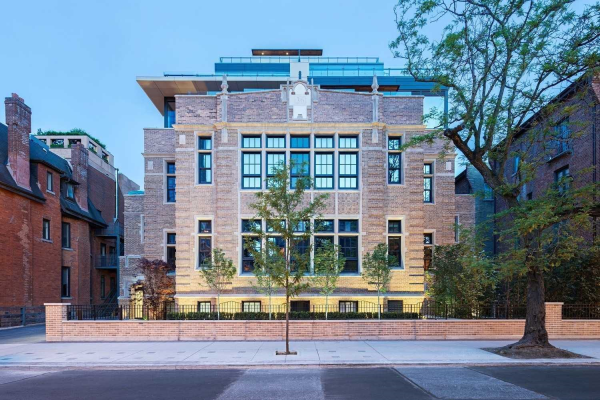 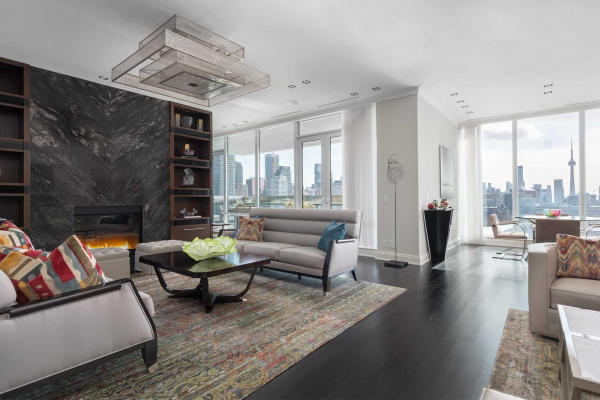 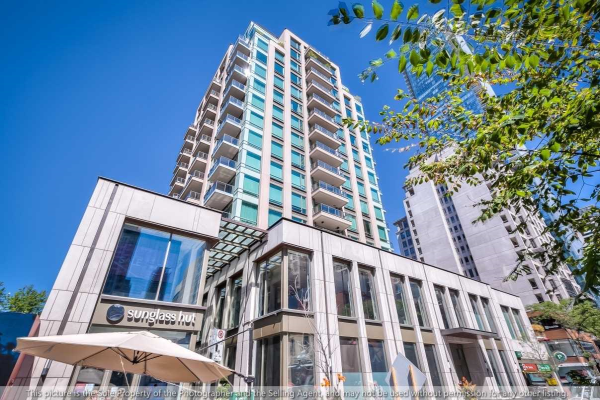 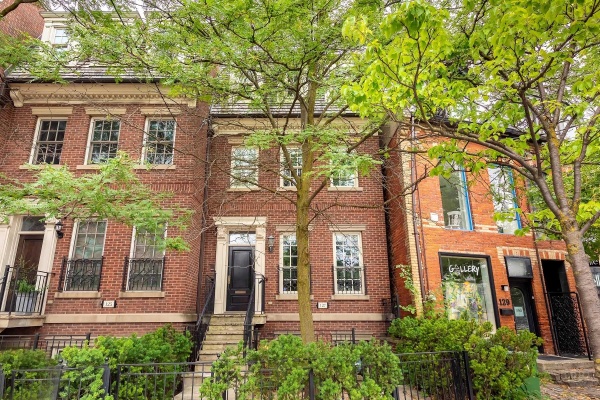 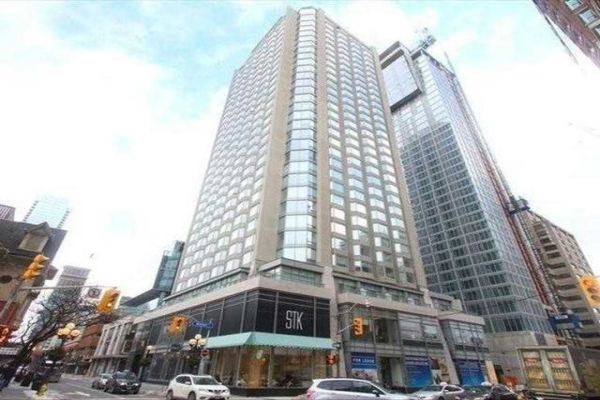 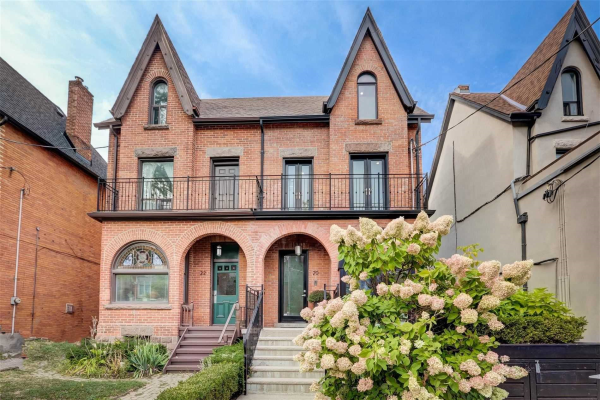