• Once one of Toronto’s poorest neighbourhoods, Cabbagetown is now a distinctly populated with elegantly renovated Victorian homes. Cabbagetown gets its name from the large cabbages planted in their front lawns by Irish immigrants in the 19th century.
• This community spirit is put on display every September during the Cabbagetown Fall Festival that runs for an entire weekend and features a mini marathon, historical walking tours, a parade and a community wide yard sale.

• Cabbagetown’s history began in the 1840’s when thousands of Irish immigrants settled here after fleeing the potato famines in their homeland. These first Cabbagetown residents were very poor. To put food on the table they grew cabbages on their front lawns,which is how this district came to be known as Cabbagetown.
• Cabbagetown’s working class community was particularly hard hit by the Depression of the 1930’s. Cabbagetown historian Hugh Garner wrote that the Depression turned Cabbagetown into “the worst Anglo Saxon slum in North America”.
• The worst slums were concentrated south of Gerrard Street. These homes were razed in the 1950’s and replaced by the Regent Park housing development.
• Cabbagetown was revitalized in the 1970’s and 1980’s by new home buyers, who restored much of this neighbourhoods fine collection of Victorian homes. Cabbagetown is now considered one of Toronto’s most gentrified neighbourhoods.

• The Cabbagetown neighbourhood was once described by the New York Times as “containing the largest collection of Victorian homes in North America”. Cabbagetown’s houses were built between 1860 and 1895.
• Most of these houses have been lovingly restored under the watchful eye of the Cabbagetown Preservation Association. The Association, comprised of local residents, plays a vital role in ensuring that all Cabbagetown renovations and new developments are in keeping with this historical neighbourhood.
• Almost every style of Victorian architecture can be found here, including Gothic, Queen Anne, Italianate, and everything in between. The narrow streets provide a perfect backdrop for the charming urban gardens.

• Allan Gardens located at the south side of Carlton Street between Jarvis and Sherbourne Streets, is a conservatory containing six greenhouses on large landscaped grounds. Admission is free and the greenhouses are open to the public year-round. The greenhouses contain plants native to many different countries and from different climactic regions of the world. Countries represented include Australia, Brazil, China, Mexico, and many others. On any given day one is likely to come across frolicking squirrels or birds that have found their way in through the doors. The ponds are home to turtles and fish and, if you look up, you just might see a snoozing raccoon. Allan Gardens is wheelchair accessible.
• Riverdale Farm located in the heart of Cabbagetown, is a turn of the century, which would be the twentieth century, Ontario farm and the site of Toronto’s first zoo. There is no parking on the grounds, but street parking is available near by. Attractions include demonstrations of milking, cream separating, butter-making, egg collecting, sheep sheering, wool spinning and dying, amongst others. Admission is free.
• Parliament Street and Carleton Street are lined by a lively selection of shops and restaurants, while a few hidden gems are tucked away on the smaller residential streets. Travel is made easy with the Bloor Subway line and Dundas streetcar route nearby, and the Don Valley Parkway running just east of the community.
• Dance facilities-A heritage-designated renovated church on Winchester St. houses both Toronto Dance Theatre and The School of Toronto Dance Theatre, and close by on Parliament St, the Danny Grossman Dance Company, the Canadian Children’s Dance Theatre, and TILT Sound + Motion share a large renovated building that formerly housed CBC recording studios.
• Forsythia festival-The first Sunday in May sees the annual Forsythia festival. The festival includes a small parade from Riverdale Park West to Wellesley Park, where games and family entertainment are held.
• Cabbagetown festival-The second week-end in September is a two day event, with an arts and crafts fair both days in Riverdale Park West. The festival also includes a ‘Tour of Homes’, in which several local homes are opened to a paying public. Tickets are limited and usually sold out ahead of time.
• The Annual Cabbagetown Short Film & Video Festival showcases eighteen short films from around the world, and is part of the festival. Actress, producer, writer Gina Dineen, founded the festival fifteen years ago, and since then it has grown into an impressive international juried screening, showcasing Canadian filmmakers.

Showing 11 properties out of 11 currently available on the market. 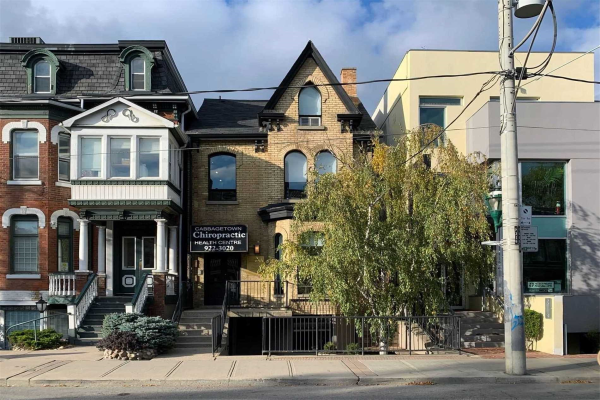 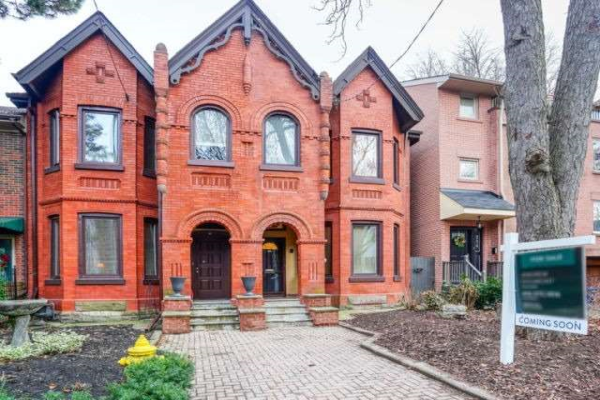 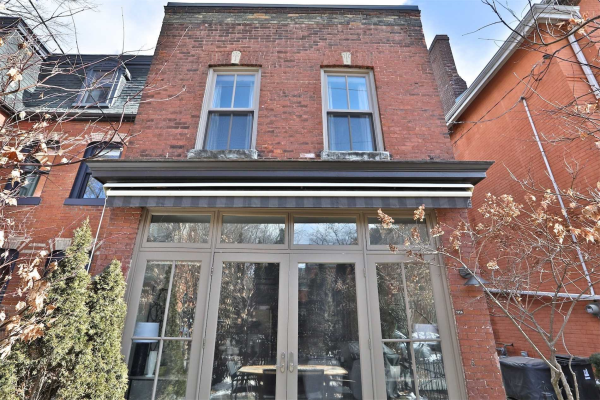