• The High Park neighbourhood is home to a wide range of people. Its highly regarded schools including Humberside Collegiate attract many families with school age children to this neighbourhood.
• High Park contains numerous rental opportunities that are popular with singles and couples. There are also a handful of seniors accommodations within this neighbourhood. • The topography of the High Park neighbourhood features gently rolling hills, winding streets, and towering Oak trees that enchant and delight all those who live here.
• The beauty of this neighbourhood emanates from High Park which is one of Toronto’s largest and most popular parks.
• Bloor West Village is one of Toronto’s most popular neighbourhoods, due much in part to its culturally diverse shopping and dining district.
• Bloor West is home to a variety of mid-range shops and restaurants, sure to tickle anyone’s fancy. As Canada’s first official Business Improvement Area, Bloor West Village has been extremely successful in developing and promoting itself, such that it now attracts people from across Toronto to its boutiques, cafes, delicatessens, pubs, and various community events. One such event is the annual Bloor West Village Ukrainian Festival, which is testament to the Eastern European presence that continues to thrive here.
• While all the activity on Bloor is certainly an attraction, homes in Bloor West Village are themselves the impetus for so many to want to live in the community. Built in the early 1900’s, most Bloor West Village homes are Edwardian or Tudor influenced, with lots of wood trim and accents throughout. Solid oak staircases and big front porches are mainstays in these houses, which are typically four-bedroom, two-storey, and detached in design.
• Another reason why Bloor West Village is adored by so many is its close proximity to natural environs. With High Park and the Humber Valley Ravine resting on either side of the community, one can find wildlife, sporting facilities, biking and hiking trails, and so much more, all within walking distance.

• The High Park neighbourhood contains a wealth of history. The area north of Bloor Street was formerly part of the Town of West Toronto Junction, which was annexed by the City of Toronto in 1909.
• The historical house at 191 High Park Avenue was built in 1888 for D.W. Clendenan, the first mayor of West Toronto Junction.
• The High Park property south of Bloor Street was purchased in 1836 by John Howard Toronto’s first surveyor. Howard named his estate High Park because of its magnificent view of Lake Ontario.
• In 1873 Howard deeded his beloved High Park estate to the City of Toronto. John Howard’s former residence Colborne Lodge is still situated on its original site in High Park, where it is now a museum.
• High Park North, or often, simply ‘High Park’, after the park, is a neighbourhood in Toronto. It is bounded on the south by Bloor Street, on the west by Runnymede Road, on the north by Annette Street, Quebec Avenue and Humberside Avenue, and on the east by the CNR/CPR railway tracks. It is located in the Parkdale-High Park provincial and federal ridings. The area east of Keele Street is also known as the “West Bend” neighbourhood informally.

• High Park’s winding tree-lined streets are lined with impressive Victorian, Edwardian, and Tudor-style homes.
• These captivating houses were built largely during the late 1800’s and early 1900’s. Several of these houses have been divided into multiple-family dwellings.
• High Park’s distinctive brick homes feature a variety of architectural details that vary from house to house. These features include leaded and stained glass windows, lush wood trims, French doors, hardwood floors and fireplaces.
• The High Park neighbourhood also features a selection of condominium apartment buildings along Quebec Avenue, north of Bloor Street. These apartments are in the entry level price range. They include balconies, some of which feature south views that overlook High Park and Lake Ontario.
• Baby Point, just west of Jane, is a small enclave of upscale homes that many home buyers associate with Bloor West Village. The most distinctive Baby Point homes are quite regal in appearance, resembling old English manor houses. The hilly and winding roads of Baby Point jut into the Humber River Valley, providing many properties with a scenic vista of the Humber Ravine from their backyards.

• High Park Alternative Jr., 265 Annette St., (416) 393-9040 (Public School)
• Keele St. Jr., 99 Mountview Ave., (416) 393-9035 (Public School)
• Keele is a public elementary school which shares its space with a community centre. It is located along the west side of Keele Street north of Bloor Street.
• Mountview Alternative Jr., 99 Mountview Ave., (416) 393-9037 (Public School)
• Runnymede Jr. & Sr., 357 Runnymede Rd., (416) 393-9055 (Public School)
• Annette Jr.& Sr., 265 Annette St., (416) 393-9040 (Public School)
• Humberside Collegiate Institute, 280 Quebec Ave., (416) 393-0000 (Public High School)
• Western Technical Commercial School, 125 Evelyn Cres., (416) 393-0500 (Public High School)
• St. Cecelia, 355 Annette St., (416) 393-5218 (Separate School)
• St. Cecilia is an elementary school located on Annette Street. It offers a Junior Kindergarten to Grade 8 program. Originally the parish was to be named after St. Charles. According to historical records, however, the first school–a small wooden structure–was named St.Mary’s. In 1890 the school was replaced with a brick building and renamed St.Cecilia’s. Legend has it that St. Cecilia, the patron saint of sacred music, was chosen as the new name because the Heintzman Piano factory stood in view, across the railway tracks, from the school. The present St. Cecilia’s Church, at the corner of Annette Street and Pacific Avenue, was opened in 1909, replacing a smaller structure first occupied in 1895. Father Eugene Gallagher was the pastor. The present St. Cecilia Catholic School at the corner of Annette Street and Evelyn Avenue opened in 1914 with additions in 1918, 1954 and 1964. The school’s first teachers and administrators were the Loretto Nuns, who lived in the former Heintzman family residence at Annette and Laws Streets, providing another musical connection with St. Cecilia.
• High Park Gardens Montessori School, 35 High Park Gdns., (416) 763-6097 (Private School)
• Montessori Humberside School, 411 Clendenan Ave., (416) 762-8888
• (Private School)
• Indian Road Crescent Junior Schoolis located in the Junction Area of Toronto, east of Annette and Keele Streets. The original school, located to the north of the current building, was built in 1901. It was originally called Western Avenue Public Schooland was built on one of the transportation routes used by our native peoples. The new school was built in 1964. Indian Road Crescent serves students from Junior Kindergarten to Grade 6. The school is also home to an Ontario Family Resource/Parenting Centre

• High Park encompasses 399 acres of public parkland. This city park includes a fishing pond, an outdoor theatre, an animal paddocks, picnic grounds, playgrounds, a restaurant, an historic museum, flower gardens, an adventure playground and a trackless train.
• High Park’s sports facilities include tennis, baseball, soccer, lawn bowling, swimming, and skating, as well as walking, jogging and cycling paths found throughout the park.
• You can read all about the rich history of High Park at the Runnymede Public Library on Bloor Street or the High Park Public Library on Roncesvalles. Both these libraries offer a myriad of programs for neighbourhood residents.

• High Park is conveniently located within walking distance of ‘Bloor West Village’, one of Toronto’s most popular shopping districts. The ‘Village’ is known across the City for its European bakeries, delicatessens, specialty food shops, cafes and restaurants.
• High Park’s other major shopping area is the ‘Junction Gardens’, along Dundas Street West. This recently revitalized retail district has gone back to its roots as a railway centre by incorporating a railway lantern into the heritage street signs along Dundas Street.

Showing 56 properties out of 60 currently available on the market. 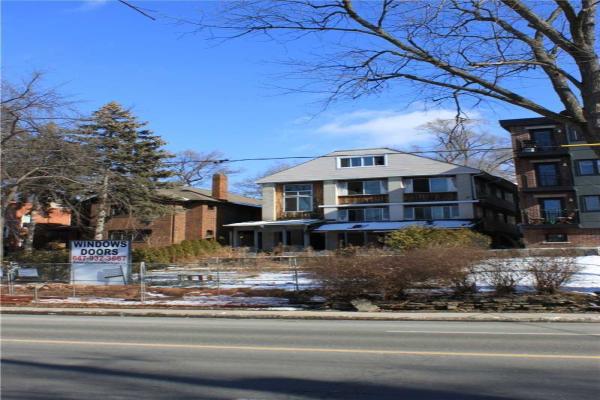 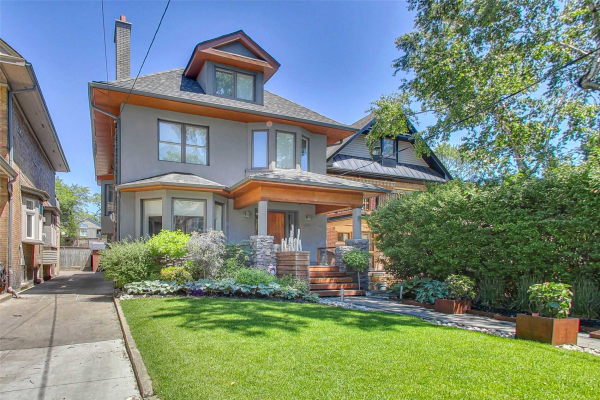 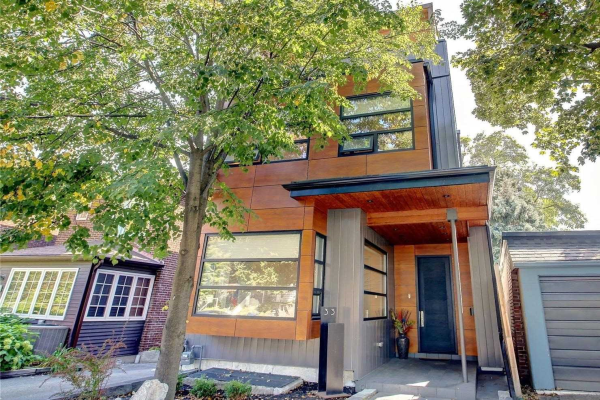 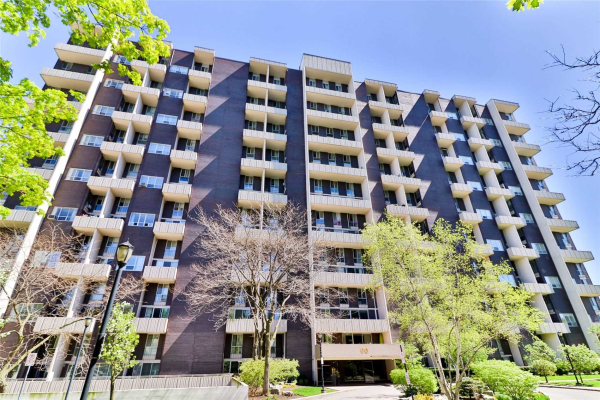 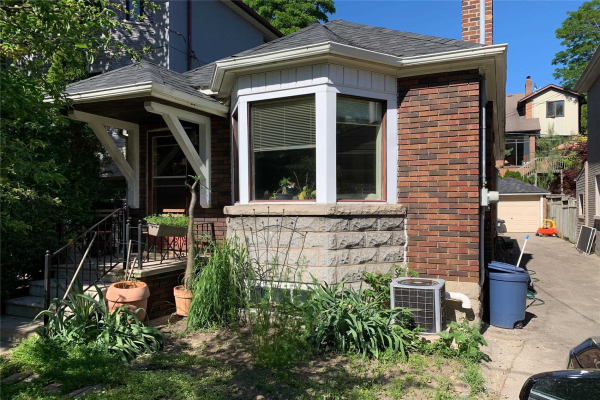 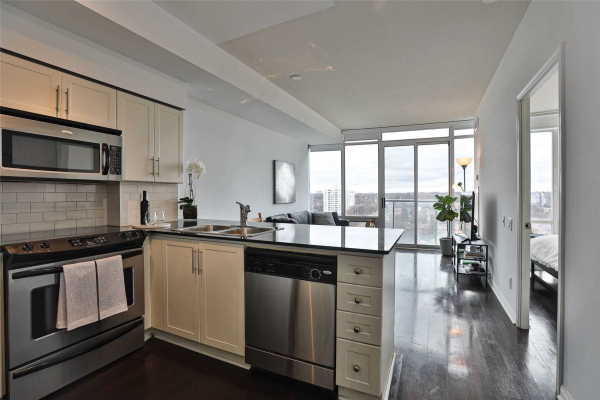