• Riverdale is the gateway to Toronto’s east end neighbourhoods. It is a large and diverse community that is especially well known for its colourful shopping districts and quaint Victorian homes.
• North Riverdale from Gerrard to the Danforth is very popular with young affluent professionals, while South Riverdale has traditionally attracted a wide mix of people looking for affordable homes close to downtown.
• Known by many Torontonians as a thriving residential neighbourhood, from the strong arts community that caters to independent galleries on Queen St, to the large corporate film studios along the waterfront, there remains a strong working class element.

• Riverdale was a small rural community until the Grand Trunk Railway began steaming through here in the 1850’s.
• The railway brought industry and employment opportunities to Riverdale. It also attracted a pool of laborers who built the first homes in Riverdale, south of the railway tracks. • Riverdale’s development was accelerated in 1918 with the building of Toronto’s largest bridge, the Prince Edward Viaduct. The Viaduct provided Riverdale with an important link to the City of Toronto, west of the Don River, and marked a coming of age for this popular Toronto neighbourhood.
• The neighbourhood has seen the rise and fall of prosperity over the past century. The grand homes built on some streets are a testimony to prosperous times. Despite this rich housing stock, the area was considered to be down-and-out in the 1970s. Since then, the area has rebounded dramatically and is now a trendy and often expensive residential district, attracting many young professionals and families

• Riverdale’s two and three story Victorian houses were built largely between 1880 and 1924. These homes are shaded by some of the tallest maple trees in the city.
• The houses in South Riverdale are on average smaller, older and less expensive than those in North Riverdale. Most of Riverdale’s homes have parking off rear laneways, and permits are available for street parking.
• River dale Ave., and “Lower Riverdale” is the area south of Riverdale Ave. Generally, real estate prices have been reflected in this divide. The closer the house is to Danforth Ave. the higher the sale price, however, recently “Lower Riverdale” has emerged as the area of highest value due to architectural design and historical value.
• In terms of the quality of the housing supply, homes built in “upper Riverdale” are more likely to be renovated, but “Lower Riverdale” contains more original and classic designs of the late 19th century.
• For those more inclined towards a condo lifestyle, the newer Broadview Lofts and Riverside Lofts feature modern urban styling at the edge of downtown near Queen and Broadview. For truly authentic loft-living, the Carlaw Lofts feature condominium residences in a converted Soho-style warehouse.

• Riverdale Park East, Withrow Park and Jimmie Simpson Park. Each of these Parks contain tennis courts, a wading pool, a hockey rink, and a baseball diamond
• The Jimmie Simpson Recreation Centre has an indoor swimming pool, a games room and a gymnasium. The Pape Recreational Centre has a gymnasium, an indoor pool, a weight room and meeting rooms.
• Riverdale Park East. This park features a running track, three baseball diamonds, a skating rink, and tennis courts. At the south end, a community centre is under construction which was the former St. Matthew’s Lawn Bowling Clubhouse which was relocated there in 2009
• Withrow Park has a large off-leash dog area.
• The Royal Canadian Curling Club. The curling club features 6 sheets and hosts leagues for about 500 members.
• Riverdale Living
• Riverdale’s best known shopping district is along Danforth Avenue, east of Broadview. (See Danforth)
• Riverdale also has a Chinatown shopping district located at Gerrard and Broadview. This stretch of stores is known for its bakeries, grocery stands, and restaurants.c
• Queen Broadview Village, a historic shopping district includes some interesting antique and collectible stores.
• Gerrard Square is a large indoor shopping mall with over 70 stores.
• Riverdale Farm is a year-round producing farm owned by the City of Toronto as part of its extensive park system, open daily for tours, education, and more 9AM-5PM
• The popular teen drama shows The Kids of Degrassi Street, Degrassi Junior High, Degrassi High, and Degrassi: The Next Generation is named after the Riverdale Street of the same name (although the only school on De Grassi Street is Eastdale Collegiate Institute at Gerrard Street East).
• Riverdale is also home to Bridgepoint Health (formerly Riverdale Hospital), and the Don Jail, both at the corner of Broadview Avenue and Gerrard Street East.
• The Riverdale Zoo was Toronto’s zoological park before the opening of the Toronto Zoo in the early 1970s. Now called Riverdale Farm, it continues as an educational farm for school children and the general public. Oddly, Riverdale Farm is not actually in the Riverdale neighbourhood, but is located west of the Don River in Cabbagetown.
• The southern part of South Riverdale, just north of the Port Lands, is what’s called the Studio District. Industrial warehouses along Lakeshore avenue.

Showing 66 properties out of 69 currently available on the market. 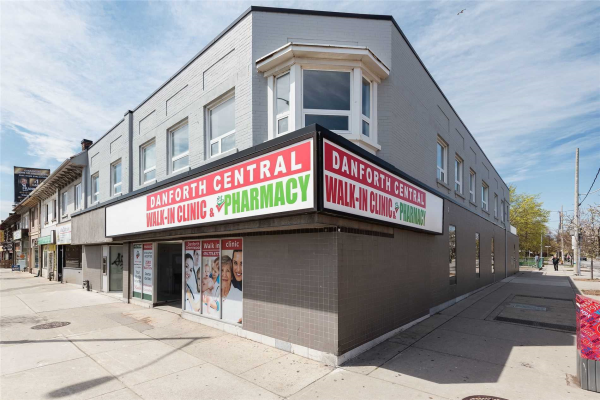 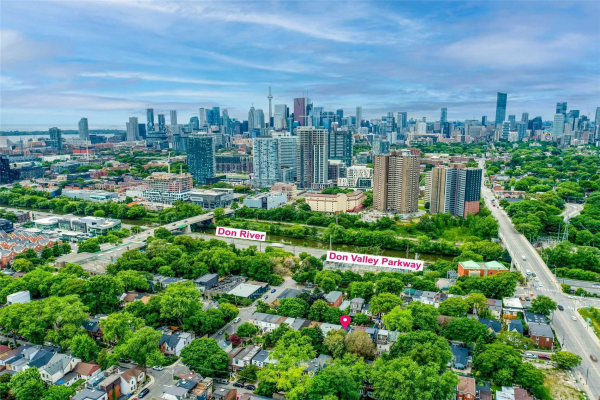 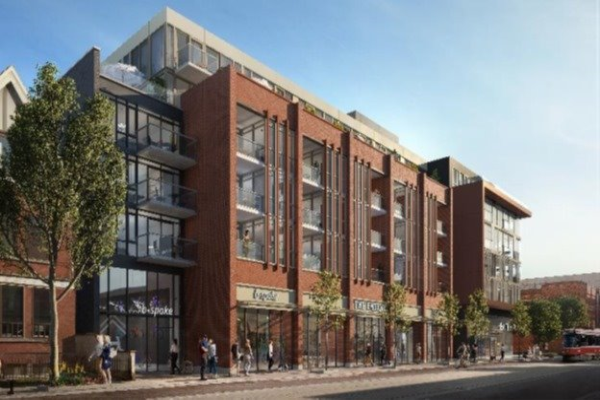